Ubisoft's next Assassin's Creed game has been revealed. The game will be called Assassin's Creed Valhalla and therefore is, of course, set in the era of the Vikings. The previous outing for the franchise was 2018's Assassin's Creed: Odyssey, set in Ancient Greece, followed up a year later by the educational Discovery Tour.

At the time of writing Ubisoft hasn't released much information about the new game - other than its name, and a scenic artwork by Kode Abdo (AKA BossLogic) reproduced below. 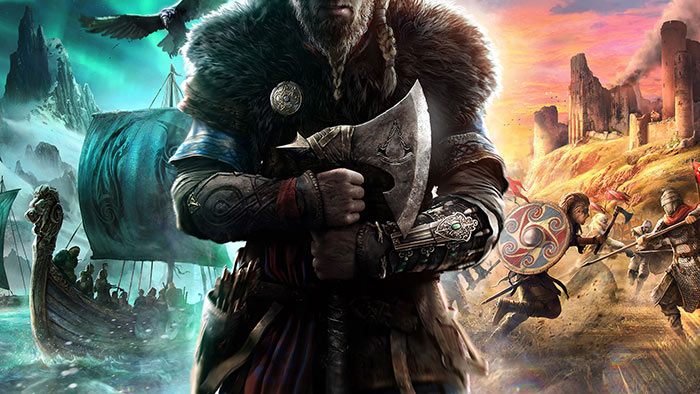 Yesterday, over the course of about 8 hours, livestreamed on YouTube, Abdo painted the above scene with longboats navigating stormy waters on one side, and axe-wielding Viking Warriors running into battle on the other. In the centre of the picture you can see a fully kitted out Viking warrior holding an axe with the AC logo upon its well-worn but deadly looking blade.

The above cinematic trailer will go live at 8am PT, which is 4pm in the UK.

After the video goes live we will be able to watch the 'cinematic trailer' but with such a description, it sounds unlikely that we will get much in the way of in-game gameplay footage shared by Ubisoft.

A year ago the gaming community was abuzz, as a poster in The Division 2's Potomac Event Centre in Washington DC appeared to be a teaser for a Viking themed Assassin's Creed game. It turns out that those who made this link were correct. 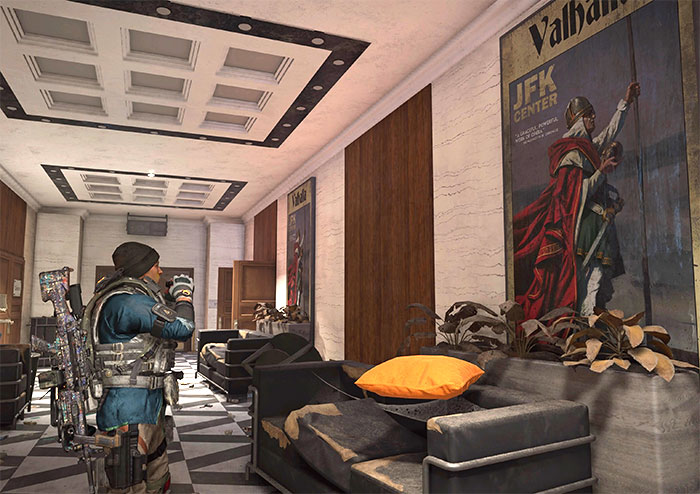 Later today, Ubisoft is making the following PC games available for free, to keep; Assassin's Creed II, Rayman Legends, and Child of Light. I don't know what time the offer will go live, possibly around the same time as the AC Valhalla trailer is published.

Haha, believe it or not, but Vikings did employ some elements of stealth like Hall Burnings where they would eliminate foes that were having a feast by sending a raid party to quietly kill any sentries there, blocking the main doors in the process.They would then set the hall alight and kill anyone that escaped. There is also evidence of some using disguises, hiding in boathouses, and sneaking into enemies houses at night to dispatch them. Def just think of the Dragonborn shouting at Nords though :laugh: