Ubisoft has announced that it has kicked off a month of free games as part of its 'Play Your Part, Play At Home' initiative. Of course, this is all about keeping people and their families safe at home, and entertained during the Covid-19 crisis. To begin the promotion Rayman Legends is currently free to keep via Uplay PC (this particular promo offer lasts until 3rd April). Rather than watch out for new news releases though, Ubisoft invites you to periodically browse its free.ubisoft.com website. 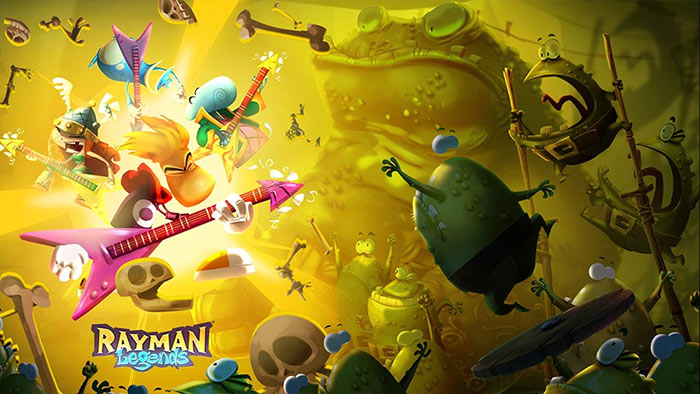 Checking out that site, Rayman Legends isn't the only current freebie. If you aren't enchanted by the Ubisoft platformer you might like to spend time in Might 7 Magic Chess Royale, or Rabbids Coding! That's not all; there are five AAA Ubisoft franchises in which you can dabble today thanks to game trials - Tom Clancy's Ghost Recon Breakpoint, Ghost Recon Wildlands, Trials Rising, The Crew 2, and The Division. Some of these trials are available to console gamers too. I've checked a couple of titles and it seems like during the trials you get to play the full games for a set period like five or six hours in total, or until you reach a certain level. 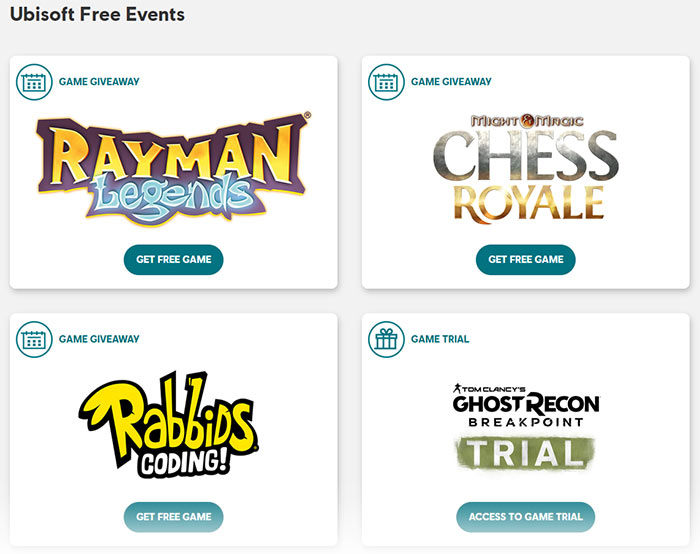 What games will be available wholly and for free in the coming days / weeks isn't very clear. Ubisoft's press release name checks the Assassin's Creed and Just Dance franchises so we should expect at least one of each of those games shortly.

Ubisoft is following official guidance and implementing work at home policies in affected regions but says its teams are still "hard at work developing new games, adding new content to our existing games, and providing support and services for the community".

Getting users to your store is a proven promotional method and not just 'big hearted'. However, freebies are always welcome, as are big discount sales - and currently Ubisoft is in the midst of its Spring Sale with up to 75 per cent off some of its biggest tiles and passes/DLCs.

Ttaskmaster
Free games always good.
ISTR getting Rayman free quite recently, though I can't for the life of me recall how or when… Was it on Epic?

They are always good *unless* its from Epic, given it helps support their anti consumer, shady business practices.

Rayman has been free from Ubi a few times and it's been given away on a few other sites recently (think Humble had it at one point). Its a fun platformer imo, particularly if you grew up with the originals. Good on them for this, particularly for titles that are more popular with younger members of the family.
Posted by Ttaskmaster - Wed 01 Apr 2020 14:01

Spud1
They are always good *unless* its from Epic, given it helps support their anti consumer, shady business practices.

So perfectly fine when Steam/Uplay/Origin use it to support their anti consumer, shady business practices, then… OK, gotcha.
Posted by Spud1 - Wed 01 Apr 2020 14:17
to my knowledge, they have never bribed a development house for an exclusive that was previously open to all storefronts and shops. First party games are a different kettle of fish all together which is generally the case with exclusives on those stores.
Posted by Ttaskmaster - Wed 01 Apr 2020 16:08

Spud1
to my knowledge, they have never bribed a development house for an exclusive that was previously open to all storefronts and shops. First party games are a different kettle of fish all together which is generally the case with exclusives on those stores.

You buy games from wherever is cheapest. Devs sell their games to whoever offers them the most money. Don't see the problem, myself… and it clearly didn't do consoles any harm.