You are here:
PC Android News

Samsung PlayGalaxy Link, which offered the promise of 'Gaming on the go', will soon be gone. In 10 days (27th March) Samsung will be closing the games streaming service down. PlayGalaxy Link was mentioned at the launch of the Samsung Galaxy Note10 (August 2019) but wasn't launched to the public until the end of November 2019.

PlayGalaxy Link offered a pretty familiar PC games streaming proposal, but aimed specifically at Samsung Galaxy Device owners. The launch service, described as a beta, was exclusively for Note10 owners with "other Galaxy series will be available soon," but the wider support never came. 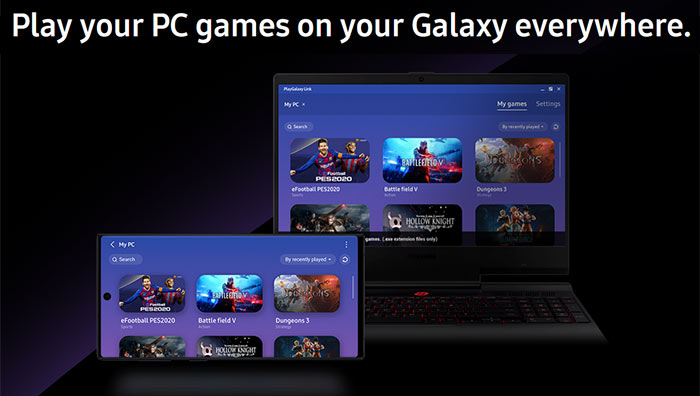 In essence, the service was advertised as facilitating the enjoyment of your PC games library on your Samsung Galaxy. It worked on your local network and while out and about via fast 4G/5G connectivity. On the topic of performance - your PC spec is important as it would be running the game and streaming it to your mobile. Samsung recommended a PC with Intel Core i5 CPU or better, 8GB + RAM, Nvidia GTX 1060 / AMD Radeon RX550 or better, and Windows 10. The app supports various Bluetooth controllers as well as mice and keyboards.

If you visit the official PlayGalaxy site you will see a pop-up which alerts you to the impending service closure. In this notice Samsung says that the reason for the shutdown is due to "internal policy changes". Later it mentions that the shutdown will allow it to focus its resources on other / new products. Last but not least, it recommends the services of tech partner Parsec, which highlights the slightly different tech proposition of screen sharing for remote co-op gaming.

Samsung has cut its losses rather quickly with PlayGalaxy Link. Certainly PlayGalaxy Link looks like a misstep for Samsung which announced a new partnership with Microsoft at the recent Galaxy S20 and Galaxy Z Flip launch - with intentions to bundle xCloud when this service goes prime-time. 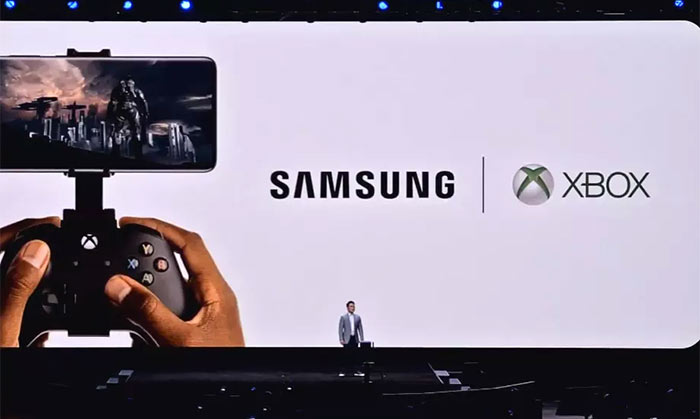 big_hairy_rob
Samsung had a gaming service? <looks down at samsung phone> Who knew?

Haha was thinking the same thing
Posted by Friesiansam - Wed 18 Mar 2020 10:42
Someone in Samsung's marketing department needs to think about this. If you want people to use a new service, you need to tell them about it, not keep it a secret.:secret:
Posted by Xlucine - Wed 18 Mar 2020 23:13
To samsung's credit they did announce this, but no-one cared:
https://hexus.net/gaming/news/android/137234-samsung-launches-playgalaxy-link-pc-games-streaming-service/
Posted by adidan - Thu 19 Mar 2020 15:04
Yep, never heard of it either.