We all love a good bargain but the most attractive price tag is zero pounds and zero pence. Thus Epic Games continues with its giveaways to try and get people on board with its store. At the time of writing there are two free games on offer at the Epic Games Store (EGS) which are going to be replaced by another two free games on Thursday. This Thursday, 20th Feb, it will be making Assassin's Creed: Syndicate and Faeria free for the taking.

About a month ago we learned that Epic Games was going to continue its weekly game giveaway plans through 2020: it has done just that and it currently is setting a trend for giving away two games a week.

At the time of writing both Kingdom Come: Deliverance and Aztez are free to grab. These are a story-driven open-world RPG set in the medieval Kingdom of Bohemia, and a highly stylized, brutally satisfying beat 'em up set in the world of the Aztec Empire, respectively. Both of these games have 'very positive' recent reviews on erm… Steam, where they cost £14.99 and £12.49, respectively. 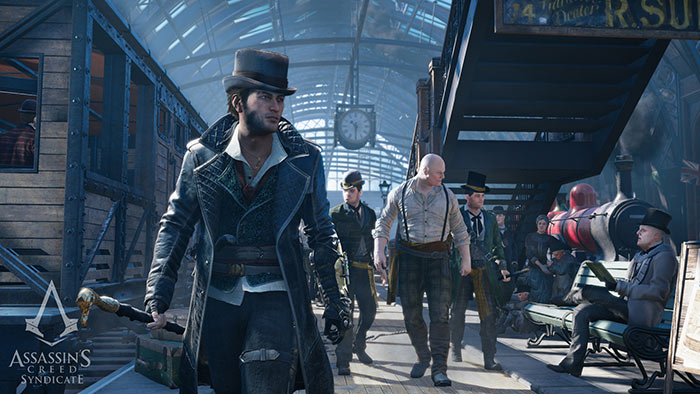 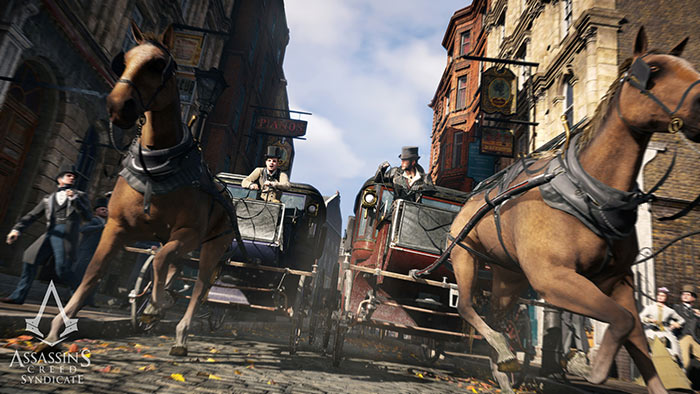 Faeria is a unique living board, which will challenge you with truly strategic card battles. XGN reckons it is "the perfect combination of Catan and Heartstone" but admits there is a pretty steep learning curve to start with. It costs £18.99 on Steam at the time of writing.

In some other PC games store news today, GOG has started to sell modern Bethesda games stripped of DRM. To coincide with the introduction of various Bethesda modern classics, GOG has kicked off the Bethesda Publisher Sale, offering up to 75 per cent off these games until next Monday.

The specific new attractions in the GOG Bethesda catalogue are the Dishonoured series of games and the newest outings for the Wolfenstein franchise. You can see the games and sale prices from my screenshot, below. The 'packs' seem particularly good value if you don't already own any of the constituents or want to grab them DRM free. 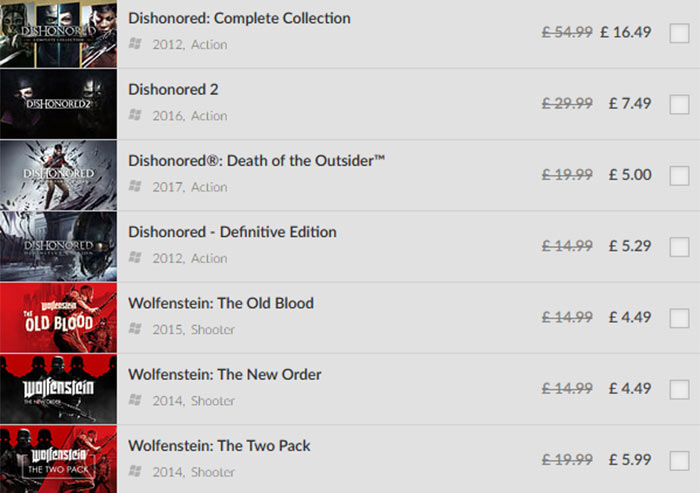 Remember Bethesda sought to steer gamers towards its own launcher / store with the release of Fallout 76, as a launch exclusive via the platform. For a while it looked like it would be pushing all its content that way but recent releases have all been available via other channels too.

DevDrake
Ohh noes! The evil Epic is giving me more games! I shall prevail (play?)!

Free? You are the product.

Not a good game either.