Microsoft already released State of Decay 2 for Windows and Xbox users last summer as an Xbox Play Anywhere title. However, some PC gamers are reluctant to welcome the proliferation of digital games stores and prefer to stick with one or two established sources - so are not interested in games unless they become available on one of their preferred platforms. These PC gamers will probably be pleased to hear that Microsoft is going to release State of Decay 2 on Steam early next year. 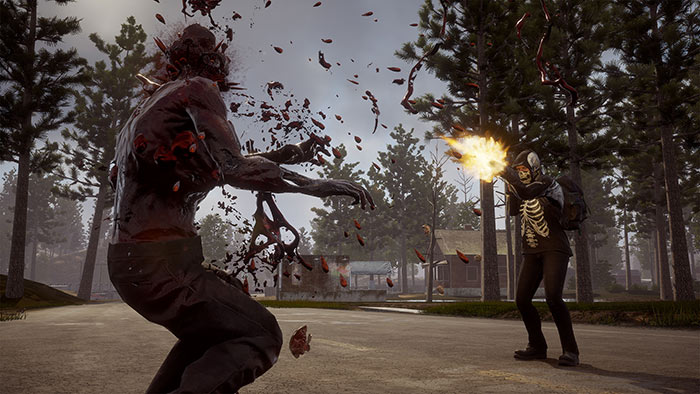 This story-based open world zombie RPG adventure game was critically acclaimed when released in May 2018. Undead Labs became part of Microsoft Studios between the launch of the original game (2013) and this sequel, so some might have been rather disappointed at it not following through on Steam.

Currently the release date on Steam is a little vague. It is planned for "early 2020" and the best way to keep up to date with the release date and plans is to add it to your wishlist. If you do so you will get notified when it becomes available, and subsequently when it appears in Steam sales.

State of Decay 2 supports Cross Play for up to four friends on PC and Xbox One. This Xbox Live feature will extend to include Steam-based gamers. Player counts are probably declining or at least stagnating right now, so the injection of new players via the Steam release will likely be good for the game.

This summer Xbox boss Phil Spencer said Microsoft had plans to expand its offerings on competing digital storefronts (like Steam) and it launched Gears 5 across multiple storefronts in September, and will be following up with Halo: The Master Chief Collection too.

Getting on for two years old, State of Decay 2 has relatively modest hardware requirements but can be enjoyed in 4K and HDR depending upon your hardware. To share more info about this game on Steam/PC, Undead Labs are going to host a live stream today at 6pm EST (11pm in the UK).

Posted by Spud1 - Mon 25 Nov 2019 13:47
You'd think they would bother to fix the many, many game breaking bugs that this has before they updated & released it on steam!

If you think the first release of a Bethesda game is bad bug wise, then you've seen nothing yet ;) They can't even make this stable and bug free on consoles that have a pretty fixed hardware platform - I gave this a another try on PC when gamepass for windows launched and it was even worse.

Shame really as it's concept is pretty good, but the bugs just make it unplayable.

edit: examples being…
Characters falling through the floor and dieing, or just falling forever - this happens a lot, especially to your player characeter
Flying zombies
Quests where you can delete/lose a quest item and have no way to recover, forcing a reload (and potentially hours lost)
Crashes to desktop (on PC at least)
Key items spawning in unreachable locations
Community members randomly walking off to get muirdered/poor path management
and many more.
Posted by loftie - Mon 25 Nov 2019 15:20
I bought the super duper version on release, and while i didn't really find that many bugs with the game itself, they were there. The game was rather dull, and the MS store being useless would fail updates or just continue downloading something when patching. It once got up to 40GB downloading a patch for a game that was 20GB.

In the end, the problems I had with the store updating, the xbox app not registering in the game that I was online, even though the app showed I was online and signed in, thus causing me to be unable to play it in any way - even single player - were enough for me to ditch it. I put in for a refund from MS and they gave it.
Posted by Gentle Viking - Tue 26 Nov 2019 07:57
Not keeping up with games, at first i thought “ so they made some kind of SIM Denmark”
Most things here stink to high heaven, we even have censorship now, though it are outsourced.
Posted by WaveyDL - Thu 12 Dec 2019 14:11
Will they release another version of the same game to buy with slightly better graphics a year later though?