Microsoft has at last got around to implementing gifting of PC digital games and DLCs sold via its Store. By the end of today all its PC games will be giftable, it says. Gifting for PC gamers has been inspired by the rollout of gifting on Xbox last autumn, which has proved very popular.

Thanks to the 'huge hit' with Xbox fans, especially around festive periods, Microsoft has implemented gifting for PC digital games and DLCs. Furthermore, it probably felt some pressure to keep up with major competitors such as Steam and GOG in allowing gifting of purchases upon its digital platform. 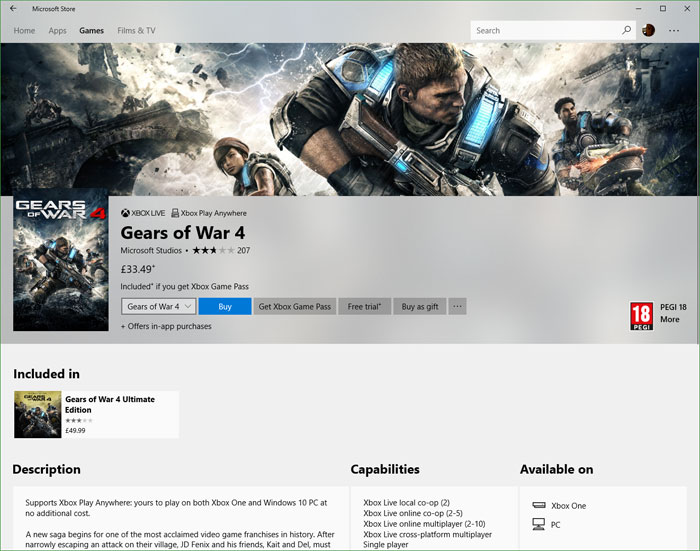 To gift a PC game or DLC (e.g. map packs, skins), just open the Windows Store app in Windows 10, or head on over to the website. You can browse the games category or search for some game you might like. In my example screenshot, above, you can see Gears of War 4. Alongside the highlighted in blue 'Buy' option there are 'Get Xbox Game Pass', 'Free Trial' and the new 'Buy as a gift' option. If you click that you will need to log in, if you haven't recently, then enter the email address of the gift recipient when prompted. On Xbox One you can more simply enter a Gamertag from one of your Xbox Live friends. 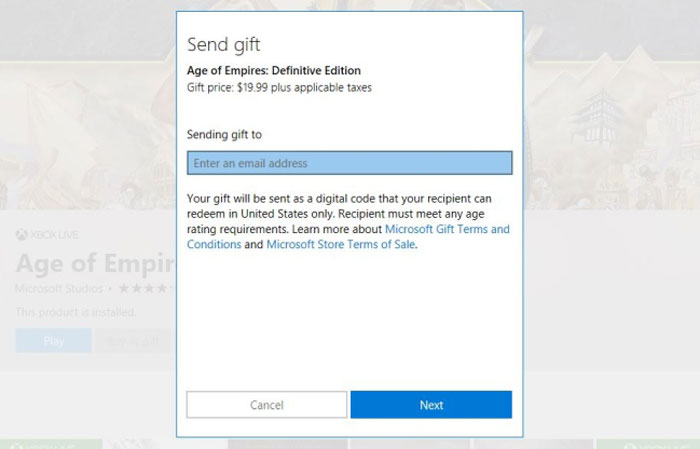 After you send the gift the recipient gets a game code along with instructions to redeem the code and get the game/DLC. Again it is easier on Xbox as recipients on that platform just click on a redemption button via a system message.

There are some restrictions on the new PC games and DLC gifting process to prevent abuse of the system. For example, you can only buy two discounted products – and a total of 10 discounted products – every 14 days. However there is no such limit on full-price digital goods. Gifting of Xbox 360 and Xbox original games, pre-orders, free products, and consumable downloadable game content such as virtual currency is not allowed. And lastly, but importantly in our small world, recipients can only redeem gift tokens in the country or region where they were purchased. 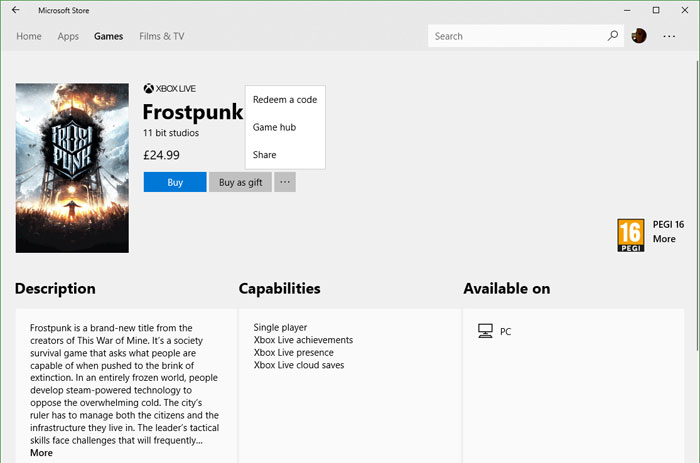 As all PC games and DLCs roll out for digital gifting purposes today, Microsoft says that all Xbox One titles will also become available for gifting purposes. For some reason some Xbox titles were excluded previously.

Microsoft says it will continue to work on implementing digital gifting for more / new content types. It promises to facilitate gifting of paid PC and Xbox apps soon.

Posted by Wrinkly - Fri 11 May 2018 15:35
With its GFWL history and the few games that were also sold on Steam running better on Steam, why would PC gamers trust MS?
Posted by Strawb77 - Sun 13 May 2018 22:45
gfwl- shudder
Posted by deadstoned - Mon 14 May 2018 09:06
This feature wasn't already implemented? The Microsoft store is a hell of a mess if basic features like this were missing.

I feel like I want to give Microsoft a chance and buy from their store to encourage some PC gaming marketplace competition, but the shoddiness of their store from one of the world leading software companies is unforgivable. Crappy mobile games mixed in with AAA PC titles, confused branding with Xbox for Windows and an ugly UI that reminds me of a slightly newer GFWL do not help.